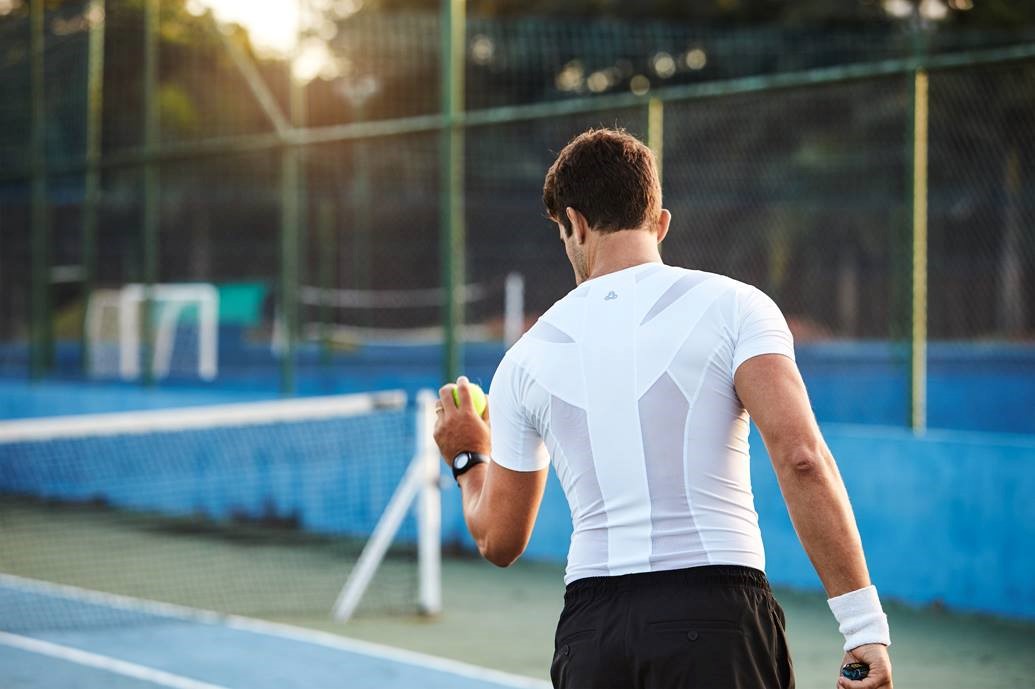 Today’s post is a guest post by Ivy Harper.  She takes an in depth look at sports apparel, and it’s potential to improve posture:

Proper posture gets a lot of attention in the world of sports, as poor body alignment can cause serious consequences in training or during a game. However, it doesn’t come naturally for many people especially with the nature of most jobs, and even athletes need some help. One exciting innovation that sports scientists have made are posture-correcting shirts that can improve sports performance. 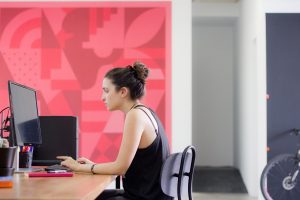 A term coined by chiropractor Dean Fishman, ‘text neck’ is the pain felt in the cervical spine after slouching too much from looking at a mobile device. The human head weighs 10 pounds on average, but can feel as if it weighs up to 60 pounds depending on the angle of the neck when it is bent. This puts a lot of strain on the spine especially on the neck and the upper back.

Bad posture is an occupational hazard for athletes. They can also suffer from the syndrome, especially with lots of hours spent on the road and reviewing their performance on tape. Aside from these sedentary habits, Very Well Health adds that muscle imbalance, fatigue, and injuries lead to improper posture. Muscle spasms, for example, tend to weaken the damaged area over time, throwing the body out of symmetry. On the other hand, some athletes have a tendency to overwork the side of the body that they use the most and neglect the other—like a quarterback’s throwing arm. It can also put the alignment out of whack. 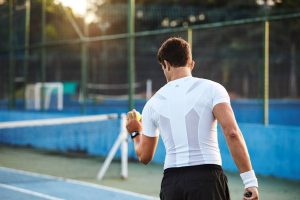 Posture shirts are not your average compression shirt as they’re considered medical devices. One of the more known brands is AlignMed which many athletes are starting to use. They include Kansas City Royals pitcher Greg Holland, and Washington Wizards center Dwight Howard, who uses it under his jersey. Although it is still a compression shirt, the AlignMed posture shirt is fitted with ‘neurobands’ that activate the muscle groups around the spine, particularly around the shoulders. When the neuroband technology senses even the slightest rounding of the back, it stimulates the muscles so that you can snap right back to proper posture. It’s similar to the wearable device Upright GO which we previously raved about here on VerticAlign. Posture shirts don’t do all the work but give you a literal tap on your shoulder (or your upper back) when your body is out of alignment. 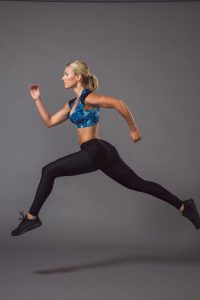 Aside from AlignMed’s posture shirt, other products have started popping up on the market as well. Underworks came up with their own version of the technology as well, with an additional band in the midsection to contract the abdominals.

Other sports teams and players have also looked into posture correcting technology by adding modifications to their apparel. In their article on the evolution of professional soccer kits, Coral details how Italy’s World Cup 2014 shirt had a special tape in the fabric that micro-massaged players. Its purpose was to speed up recovery and prevent muscle fatigue. This process helps avoid alignment issues.

Posture is extremely important in sports especially in terms of improving circulation, reducing pain, preventing injuries, and enhancing athletic performance. Right now, the science behind posture shirts still needs to be studied, especially its long term efficacy. However, testimonials from professionals look promising so it may not be a bad idea to invest in posture-correcting apparel.

Stay tuned for VerticAlign’s in-depth discussion of different posture correcting wearables. More products with such feature are still coming out on the market and they need to be put to the test!

Do you have neck or back pain from sitting all day long?

I'll show you exactly what to do everyday while you're sitting at your desk, to finally feel PAIN FREE. You won't even have to take your hands off the keyboard!

Did you know that MANY Pilates exercises can hurt your posture and make your pain worse? VerticAlign's head posture geek Zeena Dhalla wrote a revolutionary book on Pilates for Posture. Published by Random House/ Penguin and endorsed my numerous actors, producers and athletes, this book will give you an exact regime on:

Visit Sculpt and Shape Pilates for more information!
Do you have lower back or neck pain from sitting all day? I'll show you exactly what to do every day while you're sitting at your desk, to finally feel pain free! Sign up below and I'll send you the techniques you can use right away, without even having to take your hands off your keyboard...
Your information will *never* be shared or sold to a 3rd party.