Send me my plan

Today’s post is a guest post by Ivy Harper.  She takes an in depth look at sports apparel, and it’s potential to improve posture:

Proper posture gets a lot of attention in the world of sports, as poor body alignment can cause serious consequences in training or during a game. However, it doesn’t come naturally for many people especially with the nature of most jobs, and even athletes need some help. One exciting innovation that sports scientists have made are posture-correcting apparel that can improve sports performance.

A term coined by chiropractor Dean Fishman, ‘text neck’ is the pain felt in the cervical spine after slouching too much from looking at a mobile device. The human head weighs 10 pounds on average, but can feel as if it weighs up to 60 pounds depending on the angle of the neck when it is bent. This puts a lot of strain on the spine especially on the neck and the upper back.

Bad posture is an occupational hazard for athletes. They can also suffer from the syndrome, especially with lots of hours spent on the road and reviewing their performance on tape. Aside from these sedentary habits, Very Well Health adds that muscle imbalance, fatigue, and injuries lead to improper posture. Muscle spasms, for example, tend to weaken the damaged area over time, throwing the body out of symmetry. On the other hand, some athletes have a tendency to overwork the side of the body that they use the most and neglect the other—like a quarterback’s throwing arm. It can also put the alignment out of whack.

Posture shirts are not your average compression shirt as they’re considered medical devices. One of the more known brands is AlignMed which many athletes are starting to use. They include Kansas City Royals pitcher Greg Holland, and Washington Wizards center Dwight Howard, who uses it under his jersey. Although it is still a compression shirt, the AlignMed posture shirt is fitted with ‘neurobands’ that activate the muscle groups around the spine, particularly around the shoulders. When the neuroband technology senses even the slightest rounding of the back, it stimulates the muscles so that you can snap right back to proper posture. It’s similar to the wearable device Upright GO which we previously raved about here on VerticAlign. Posture shirts don’t do all the work but give you a literal tap on your shoulder (or your upper back) when your body is out of alignment.

Aside from AlignMed’s posture shirt, other products have started popping up on the market as well. Underworks came up with their own version of the technology as well, with an additional band in the midsection to contract the abdominals.

Other sports teams and players have also looked into posture correcting technology by adding modifications to their apparel. In their article on the evolution of professional soccer kits, Coral details how Italy’s World Cup 2014 shirt had a special tape in the fabric that micro-massaged players. Its purpose was to speed up recovery and prevent muscle fatigue. This process helps avoid alignment issues.

Posture is extremely important in sports especially in terms of improving circulation, reducing pain, preventing injuries, and enhancing athletic performance. Right now, the science behind posture shirts still needs to be studied, especially its long term efficacy. However, testimonials from professionals look promising so it may not be a bad idea to invest in posture-correcting apparel.

Stay tuned for VerticAlign’s in-depth discussion of different posture correcting wearables. More products with such feature are still coming out on the market and they need to be put to the test! If you want a list of our current recommended products, visit here. 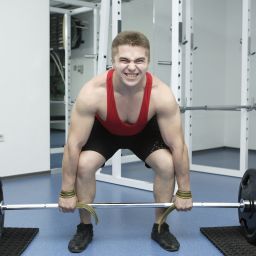 Is Your Workout Making Your Posture Worse?

We head to the gym or studio for a workout in order to look better and feel better. However, are… 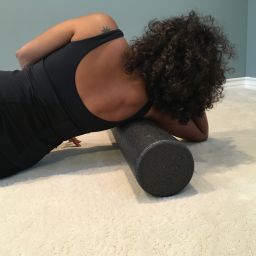 I was working with a client yesterday, and we identified a problem in her workouts that was preventing her from being… 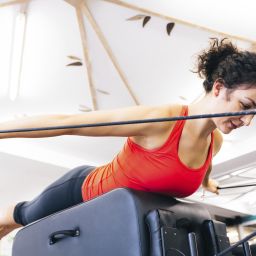 Pilates Can HURT You…

I am a blogger stalker. Abd even though I stalk I promise not to hurt anyone. Instead, I am here… 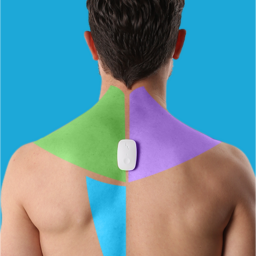 Upright GO is an Upright YES!

It’s a posture geek’s dream! I open my mail to find a little box. It seems innocuous, but BOOM.  Suddenly,… 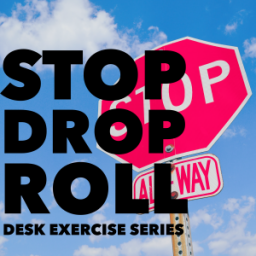 1. Sit tall on your chair. Roll your shoulders up by your ears, and then roll them backwards while placing… 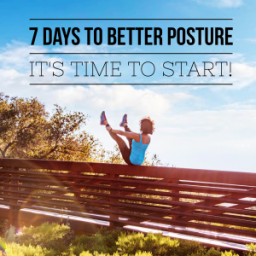 Once a day, for 7 days, I will be posting my favorite posture exercise/stretches.  I hope you play along! Day… 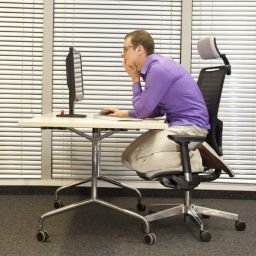 How to Avoid “Quarantine Screen” Pain

Does your quarantine day look like this: 9am Zoom call, 10am Google Meet, 11am Skype, 12pm grab a bite from… 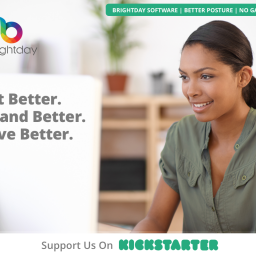 Kickstart Your WorkStation Posture with BrightDay

Every once in a while you stumble across something so brilliant you want to shout it from the rooftops! This… 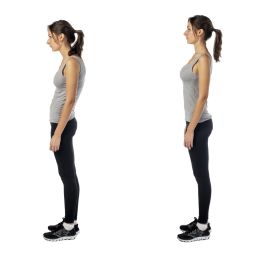 You bounce out of bed in the morning energized and ready for the day.  You meet your friends for an early…

Once a day, for 7 days, I will be posting my favorite posture exercise/stretches.  I hope you play along! Day… 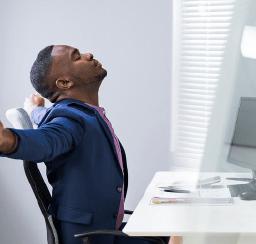 Exercise While At My Desk? It’s Possible! 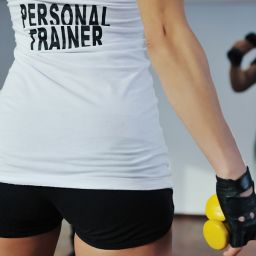 I’ve been an online posture coach for 6 months now. Before that time, I exclusively worked with clients “in-person” for… 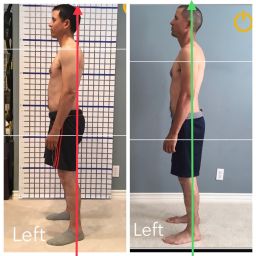 Some results can’t be summed up in a picture. In the case of this client, Jon, his pictures don’t tell… 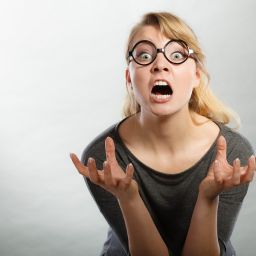 Last week I sent you a bunch of annoying emails.  I know I did.  It was for a good cause…. 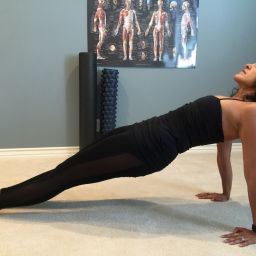 PART 2: Why Boot Camps Are Bad for Your Posture

You learned in last week’s blog post that boot camps are terrible for your posture!  Many fitness classes around you…

Get your free Daily Desk Plan

All in all, this was a terrific program. I can see a HUGE change in my body.
Pam, VerticAlign Client

Any cookies that may not be particularly necessary for the website to function and is used specifically to collect user personal data via analytics, ads, other embedded contents are termed as non-necessary cookies. It is mandatory to procure user consent prior to running these cookies on your website.

Don’t have time for a posture break?

It’s easier than you think. Get your free Desk Posture Daily Plan for a step-by-step guide.
Your information will *never* be shared or sold to a 3rd party.
Contact

Are work-from-home setups a pain in the neck for your employees?

In just 3 minutes, you’ll learn simple posture and ergonomic solutions for neck pain that you and your team can implement right away.